Today is an exciting day for Nextdoor. We have launched in France!

Over the past six years, we have seen Nextdoor be quickly adopted in the US, Netherlands, UK, Germany, and now France with over 250 neighborhoods already on Nextdoor.

While technology has done an incredible job virtually connecting people across the world, there remains a universal desire to strengthen local communities. According to a study conducted by the French Institute of Public Opinion, 17% of French people do not know any of their neighbors by their first name. The pursuit of real world connections that build community transcends national borders, which is why we are thrilled to launch Nextdoor in France. 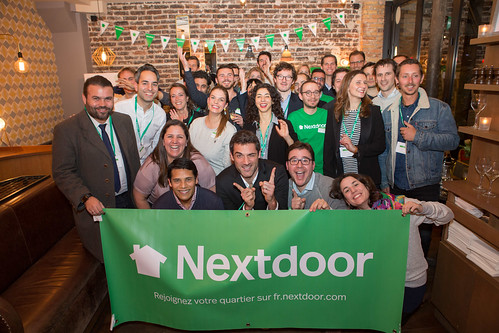 Those interested in being a part of their neighborhood conversation on Nextdoor can visit fr.nextdoor.com and enter their email and home address. If a Nextdoor website has already been established in the area, they can immediately sign up. If a Nextdoor website has not yet been established, neighbors can easily become the Founding Member and be the one who brings Nextdoor to their neighborhood.

To our new neighbors in France: bienvenue!