As the old adage goes, when life hands you lemons, you make lemonade.

For enterprising kids across the country, they’re not only making lemonade – they’re developing relationships with their neighbors and even their local police.

Started by the Palo Alto Police Department on Nextdoor, the #CopsLoveLemonadeStands movement has steadily grown across the country, with nearly 30 police departments in 15 states joining in to meet community members and stay hydrated during the long, hot summer days.

“Nextdoor was the natural starting place for this movement,” says Lt. Zach Perron of the Palo Alto Police Department. “One sixth of our population uses Nextdoor, so we figured we’d get a positive response from the community – but we’ve been utterly blown away by how many people have wanted to participate. It’s been remarkable.” Already, 13 Nextdoor agency partners have jumped on the #CopsLoveLemonadeStands trend, using Nextdoor to encourage residents to share the locations of their lemonade stands so police officers could stop by. These include:

The movement has sparked dozens of posts on Nextdoor, and quickly spread to Facebook and Twitter as police departments and residents alike shared photos of their #CopsLoveLemonadeStands excursions. More police departments are joining the movement every day – so go find some lemons and perhaps knock on your neighbor’s door for a cup of sugar!

Click through the photos below to see snapshots from #CopsLoveLemonadeStands around the country. 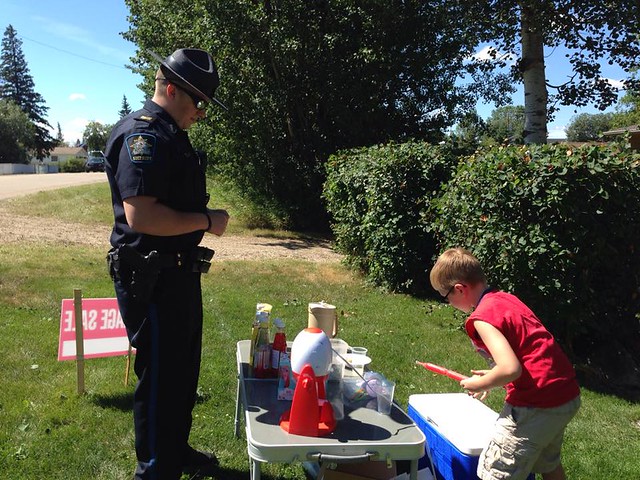