This past Sunday, our Summer of Good Neighbors Tour took us to Nextdoor North Cambridge in Cambridge, MA. This was the 7th stop of the tour, which has previously taken us to Menlo Park, CA; Tulsa, OK; Austin, TX; Columbus, OH; Memphis, TN; and Lake Oswego, OR.

Nearly 200 neighbors came together Sunday to celebrate their achievements as a community while enjoying ice cream sandwiches from Dylan & Pete’s Ice Cream Truck. North Cambridge was the first neighborhood in all of Massachusetts to join Nextdoor, and has since helped Nextdoor grow to more than 1,700 neighborhoods across the greater Boston-area. Neighbors come together to celebrate their community with ice cream!

Situated northwest of Harvard University and within walking distance to a number of parks and ponds, North Cambridge is known for its diversity, walkability, and great restaurant selection. It is also loved for its family friendly feel, which was evident on Sunday as many families joined the celebration. Nextdoor’s Senior City Strategist, Joseph Porcelli, was also in attendance to recognize North Cambridge and announce North Cambridge’s Good Neighbor winner, Bob McGowan. Bob has lived in North Cambridge for many years, and according to his nominator Jennifer Woodfin, he is the glue that holds the North Cambridge neighborhood together. Bob always has a smile on his face and a wave for neighbors walking by. He also works hard to keep neighbors informed about crime and safety issues in the neighborhood both in person and on Nextdoor.

We had a blast celebrating North Cambridge and would like to thank them for all they have done to help us live out our mission of building stronger and safer neighborhoods! And now, off to Boise, ID for the 8th stop of our tour! See you there! 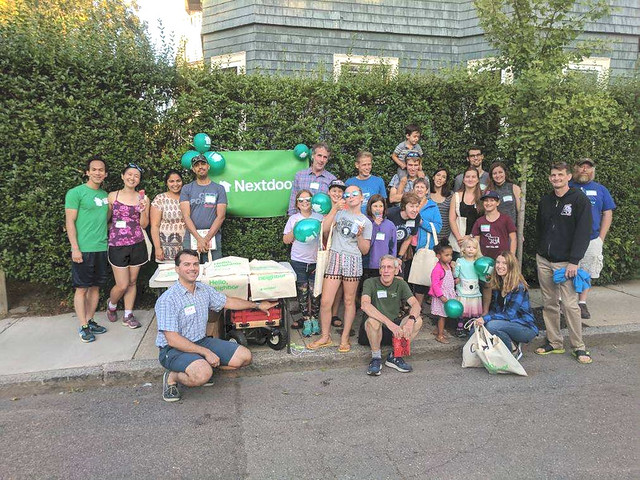